Large transport category aircraft (airliners) are in use not simply with airlines for transporting passengers and cargo, but also in use with militaries and governments as well. They have been repurposed from traditional roles for use in patrol, drug interdiction, reconnaissance, and medical roles. Below is a list of some common aircraft seen (or used to be seen) at the jetways at your local airport that serve in these functions.

Boeing 737-In military and government use, the aircraft is the military variant of the world’s best-selling aircraft. It is used for transporting humanitarian cargo, logistics support, and for the transport of high-ranking officials. Based on the 737-700, the airplane is known as the C-40 Clipper.

McDonnell Douglas DC-9-The Air Force, Navy, and Marine Corps each operated a version of this aircraft known as the C-9 Nightingale (US Air Force) and C-9 Skytrain II (Navy and Marine Corps). Now, only in limited use, only the Marine Corps still operates the aircraft. It was used for medical transport, special operations missions, and mundane passenger transport. The aircraft had a higher gross weight, extended range, and had defensive capabilities to avoid enemy missile fire.

McDonnell Douglas DC-10-Based on the DC-10 Series 30 and known as the KC-10 Extender, the Air Force operates the aircraft in an aerial tanker role. Built between 1980 and 1988, the aircraft remains in use and has the capability to refuel aircraft of all the branches of the US military and its allies.

Boeing 757-Serving as the official transport for the Vice President of the United States, or for the President on flights to shorter runways, the 757 plays a leading role in US government official transport. The airplane also serves as a research platform and for military VIPs as well. In the presidential and military transport roles, it is known as the C-32.

Boeing 747-Its most visible role is as Air Force One. Known as the VC-32 (there are two identical aircraft), it serves as the official transport for the President of the United States. Other roles filled by this airplane include as an airborne laser as part of a missile defense system, an airborne observatory known as SOFIA, a transport role, and others.

These are just a few airliners that have had roles in the government and military. Others have been utilized for more minor applications and certainly in the future many more will be accepted to fulfill these duties. 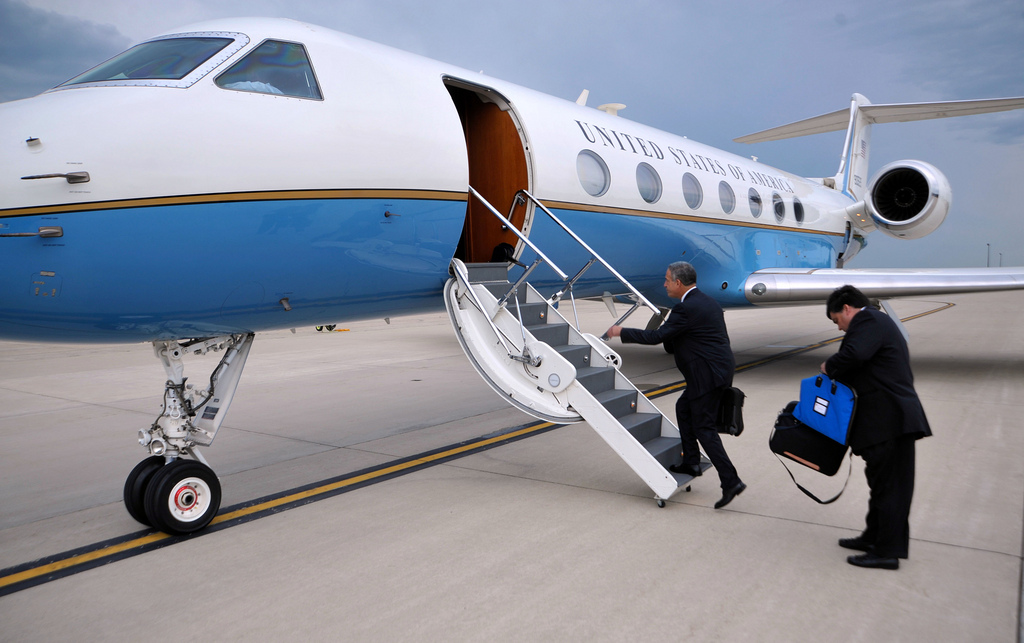